skip to main | skip to sidebar

When it rains it pours!

You know when things start to look a bit brighter something always happens?  Well, that is so true for the start of this year.  I decided things were going to get way better and that 2013 would be AWESOME!  Then come January 31, 2013.  My oldest had a basketball game and was doing really well, UNTIL....  He went up to block a layup (which he did beautifully I might add) and the other kids tucked his head under my sons arm and back which launched him even higher and he came crashing down on his elbow and forearm.  Which pushed his shoulder up and out.  Breaking the ball off of the Humerus bone.  And NO it was not funny. 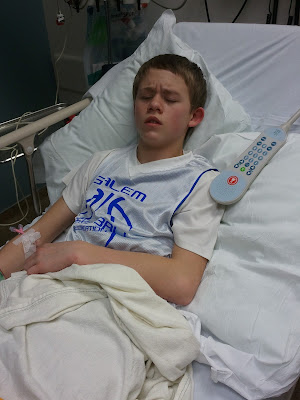 Lucky for us the other coach is a Physical Therapist and he looked at my sons shoulder and said to get him to the hospital.  He made a make shift sling out my youngest boys coat and helped us to the car and filled a plastic bag with snow and put it on his shoulder and off we went. 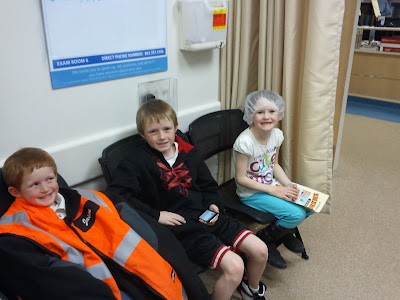 The other 3 kids did pretty well for being in the ER for 2 1/2 hours.  My most wonderful friend Marilee came and got them for me and let them stay at her house for the night.  Did I mention how wonderful she is?  Well, she is the very BEST person in the world.  She blesses my life everyday!! 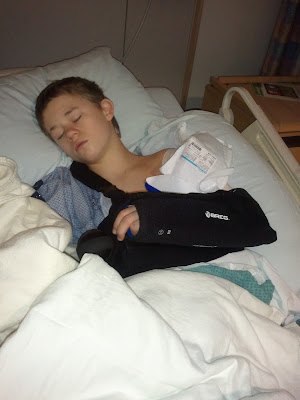 He had surgery first thing Friday (February 1, 2013) morning.  Placing 3 pins in his shoulder.  We also found out he has a buckle fracture to his wrist so he will be getting a cast put on his forearm as soon as the swelling goes down.  He will be in both the cast and have the pins in his shoulder for the next 4 weeks then on to physical therapy. 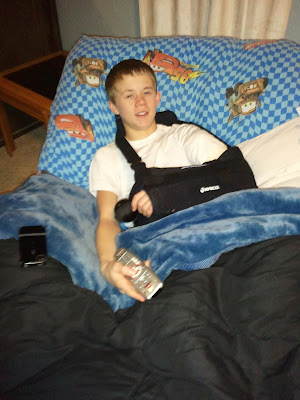 I stayed with him during his hospital stay.  The Staff there was wonderful.  It made it so much easier on the both of us.  I was able to bring him home last night (February 2, 2103) around 7 pm.  So this is his NEW bed for awhile.  Here's to a happy and quick recovery bud!!

Margo
What can I say, I am a stay at home mother of 4 very active kids. I love to be creative in so many different ways...scrapbooking, decorating, cooking, canning, home improvement projects. I am a "Jane of all trades" to a point.